3 Lessons I learned from Chip Conley 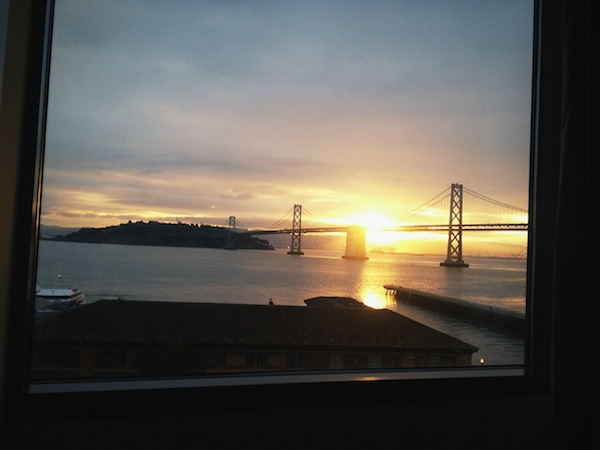 The evening of May 2nd, I checked into the Hotel Vitale. The hotel sits right on the corner of Mission St. and  Embarcadero St.–an amazing spot of San Francisco right near the Bay Bridge and the Ferry Building Marketplace.

View from Hotel Vitale of Bay Bridge at sunrise

Bright and early, Chip and I met up at 7am for breakfast at the hotel’s restaurant–the Americano. Having already met Chip in February back in Fort Lauderdale while he gave a talk there, we were able to catch up since then. After breakfast, we left the big city and headed to Palo Alto.

Our first stop, the Palo Alto City Hall for a hearing on the external renovation of a Joie de Vivre hotel project. Chip’s team was presenting the exterior plans to the committee. Although we listened to some dry dialog, it was actually interesting and insightful to see the process.

Being that the actual hotel project was in walking distance, we headed over so we could get a glimpse at the progress. The building was formerly a senior citizens home and it’s also the tallest building in the area. After seeing the gutted-out building and envisioning it’s potential, we departed. 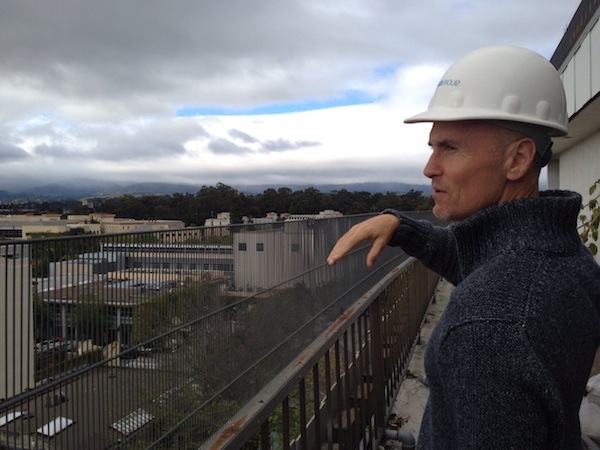 Chip asked me if I wanted to go see Steve Jobs’ house. Immediately I responded with something of the likes of, ” YES, WE HAVE TO!”. It turned out that Chip had yet to visit it as well so he was excited to see it too. After some directions were given to us and some Google Map searching, we found it. I had to get a photo taken in front of the house (and of course check-in on Foursquare). Interestingly, a stray beagle dog was wandering around the neighborhood and walked over to us. We tried to read the collar for a name or address. About that same time, a lady from Steve Jobs’ house came running out and told us thanks for grabbing the dog. She went back in the house and Chip and I looked at each other like “Woah, I think we just touched Steve Jobs’ dog”. Whether or not that’s true, we still will always believe that that was Steve Jobs’ beagle. 🙂 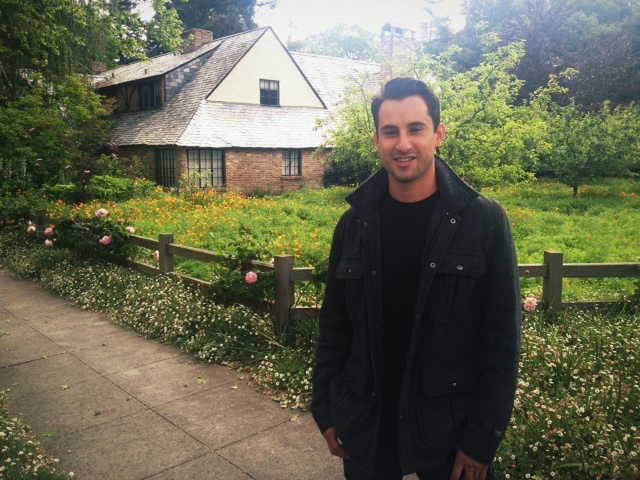 Next, we headed to the Standford Dish. The Dish has a 3.3 mile walking/running path that is apparently a popular destination among the locals. We put on our running shoes and commenced the loop. Of the many epic topics that were discussed on the journey, I did learn about Chip’s next [potential] endeavor. Not sure if I should say what it is, but to help narrow the subject matter down I’ll let you know it doesn’t involve emotional equations nor hotels–oh and he also really loves attending Burning Man Festivals. 😉 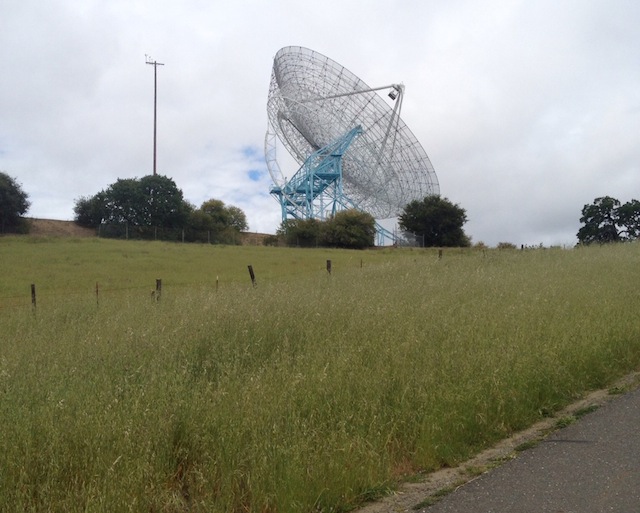 After the loop, we headed back to San Fransico and had to make a stop at two of Chip’s hotels–the Hotel Del Sol and the Phoenix. The Hotel Del Sol was very colorful with its “west coast spirit” theme. Shortly after, we went to the Phoenix. The Phoenix was Chip’s first hotel, which he purchased back when he was 26 with the help of some investors. Being at the place that started it all was really cool/inspirational to see.

Approaching mid-afternoon, we went to our final stop, the Ferry Building Marketplace. There, we ate lunch and started wrapping up the day. I got Chip to sign my book and from there we departed as Chip had to prepare for a workshop he was giving over the weekend.

The day was jam-packed with great dialog and plenty of observations.  I had much to digest and ponder over. I learned a lot and still am learning more from Chip (by means of his other book that I’m currently reading called Peak).

I’m very grateful for the opportunity that I was afforded (and a big shout out to Tim Ferriss and his blog/tweet). After getting to learn more about Chip and Joie de Vivre and especially after getting to hangout with him for the day, I wanted to do my best in sharing what I gathered and learned.

So, without further ado, here are my 3 lessons that I learned from Chip:

Lesson 1: Niche it Down

As a boutique hotel company, one of the most interesting things I learned was how Chip designed each one of his hotels differently. What I really appreciated was that each hotel had its own 5 adjectives to describe the atmosphere and aesthetics. For instance, Hotel Vitale’s adjectives were: modern, urbane, fresh, revitalizing, and nurturing. Furthermore, each hotel is compared to a magazine, in which the readers of that magazine are the target customer of that hotel. The magazine that resonated through Hotel Vitale was Dwell. As a recipient of the Dwell magazine myself, I think they did a phenomenal job of matching the hotel experience to the magazine feel. (Their Silicon Valley Avante Hotel is fittingly based off the Wired Magazine.)

It seems that niching down product and market has always been something innate to Chip. At age 26, Chip opened up his first Hotel called the Phoenix. Despite some initial opposition of the direction to take it, Chip stuck with his intuition and made the hotel the popular destination for rock bands. Cleverly, Chip made sure the band managers (the decision makers) got extra pampering and when word spread, soon all touring bands knew where to stay when in San Francisco. 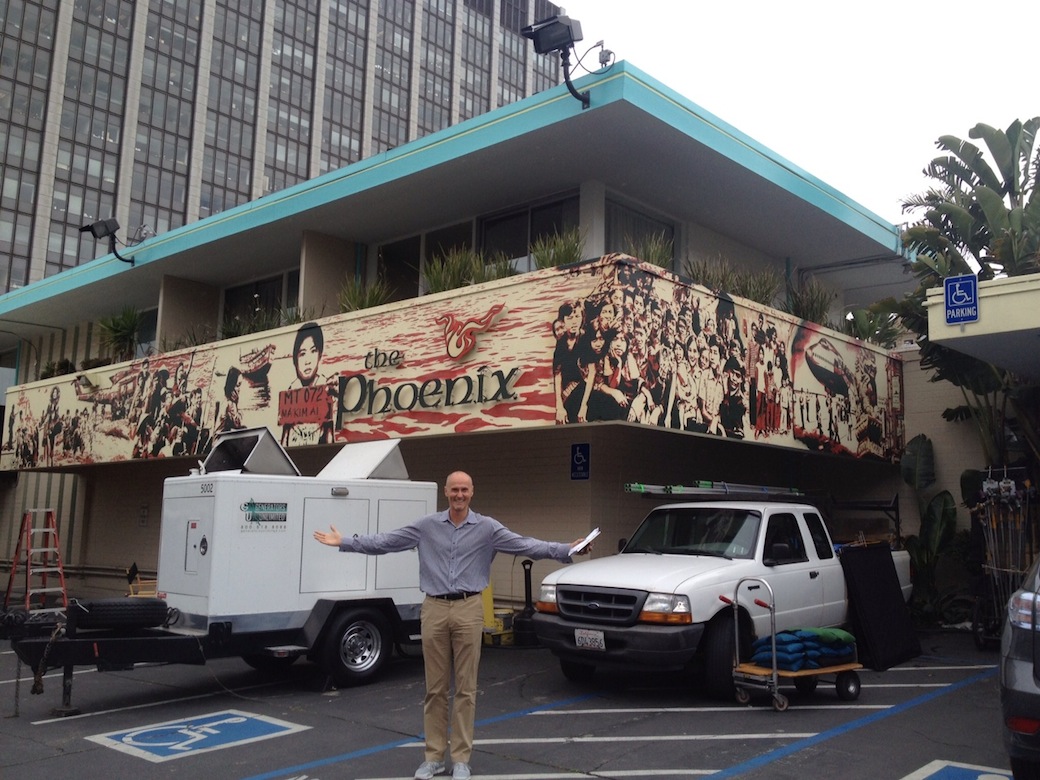 Chip in front of his first hotel, The Phoenix

As Chip had authored a critically acclaimed business book (Peak) and had now published a book on human emotions (Emotional Equations), I was very curious to meet the Joie de Vivre team.

Furthermore, when I read Emotional Equations, I read about some of the questions that Chip (or his hiring staff) would ask potential employees and execs. The questions were deep/heavy but essential in screening and learning the emotional intelligence of these individuals.

Well after firsthand witnessing the staff at his hotels, I could really tell a sense of integrity and sincerity.  Everyone was dignified and cared highly for the position. It was very refreshing to see. No wonder Joie de Vivre received the Best Places to Work in the Bay Area Award in 2010 (ranked sixth). It makes me want to attend Chip’s workshops that he conducts for his staff.

Watching Chip interact with his employees, business partners and contractors was an evident demonstration of the respect and trust Chip gives them. And in return, everyone gave him respect and excellent service. 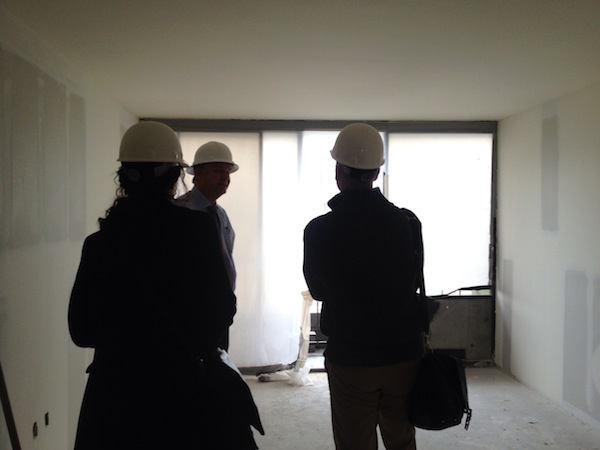 It’s important to note that Joie de Vivre survived two “once-in-a-lifetime” economic downturns in the same decade. There’s no way the company could have survived such turbulent times unless the proper team had been assembled.

Lesson 3: You Must Really, Really Care About People

After reading his book, staying at his hotel and then conversing with Chip, saying that Chip cares would be an understatement. Whether you want to talk about his employees, customers, investors, the environment or anyone else in Chip’s proximity, his caring nature is felt by all.

As previously mentioned, I had the opportunity of joining Chip to a few of his other hotels and at each location, Chip not only greeted all employees with a smile, but he called them by their names. That’s a fantastic feat when your company has over a thousand employees (not sure if he knows all their names but I’m sure he knows MANY).

What may be bigger demonstrations of his caring demeanor is that he has written two major books. The first book published in 2007, entitled Peak, is designed around helping business owners to focus on their employees, customers and investors in a Maslow-of-Heirarchy-sort-of-way. The book is highly praised and is even handed out to each employee of Zappos. The second major book Chip has written is Emotional Equations, which demonstrates Chip’s ability to diagnose and prescribe helpful remedies for downtrodden employees. Subsequently, Chip offers workshops to his employees based off of the principles of the two books.

Staying at the Hotel Vitale, I experienced how the hotel firsthand cared about me. Walking into my room, I stumbled upon a card welcoming me and also letting me know that the staff was there for me if I needed. About 20 minutes later as I was sorting my stuff, I received a courtesy phone call asking if everything was good and if I needed anything–talk about customer service. I even appreciated how they had a little card next to my nightstand informing me of the upcoming weather and temperatures. 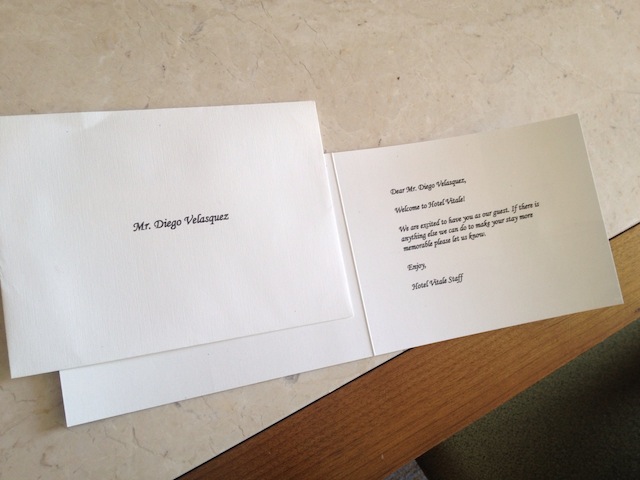 Regardless if it’s upper management caring for employees, or employees caring for the customers, there is a whole lot of caring going on. At the end of the day, that is what good experiences are made of and what makes cheerleading customers and everlasting employees.

All in all, I learned much, much more, but these three lessons above are the fundamentals. In fact, from his book Emotional Equations, I have a pages of notes and reminders that I made for myself. Now that I’m embarking on Peak, I’m eagerly anticipating many new insights that I can apply to business and life. When you get the chance, read Chip’s books, listen to one of his talks, attend one of his workshops–you will be glad you did!